To the backdrop of the forest cooperation MOU established with the Russian Federal Forest Agency in 2006, Korean students as contestants and a Korean professor as jury member were invited first in 2007 to the fourth International Junior Forest Contest. This Contest organized every year in Russia by the Russian Federal Forest Agency provides a rare yet great arena for global young students from all over the world to present unpublished new studies in the field of forest and share their ideas. Since then, the Korea Forest Service (KFS) has been organizing a domestic precontest for selecting eligible students and designating a Korean jury, and sending them to this yearly contest.

It was 2015 that a Korean high schooler won the second prize in the 12th Contest for the first time. KFS in cooperation with the Korea Forestry Promotion Institute will continue to organize a domestic precontest and send competent students to the Contest. 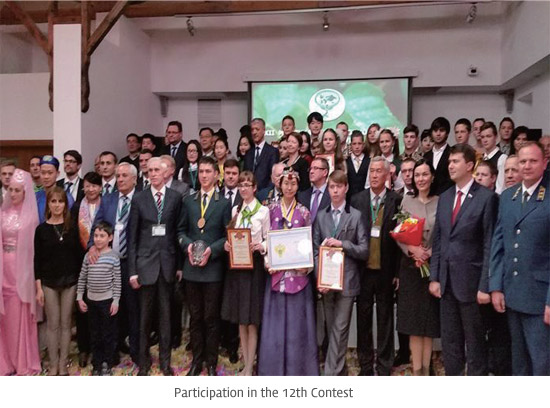