Whilst touring distant islands off the west coast of Chungcheongnam-do, I took the time to go visit the Oseo-san forest recreation village near Boryeong. The weather had been disastrous recently with buckets of monsoon rain falling down on the peninsula. I took this as an optimistic moment to see some Korean Mountain during its peak rainy season. 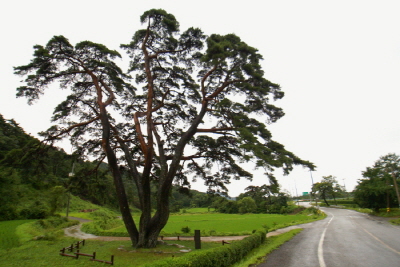 The forest manager Mr.Bang and his assistant kindly came and picked me up at Daecehon train station, and we drove through the vivid green hills of a wet Korea towards Oseo-san Mountain 790m ABSL. Just near the entrance to the village is a remarkable old native pine tree that has sacred value to the area.
The majestic tree is known as Gwihaksong meaning it has six trunks protruding from the earth as one. It is a unique creation in that a retired government official named Lee San Gwang d.1624 once built a pavilion here from which he could study and write poetry, and at the same time educate younger generations. 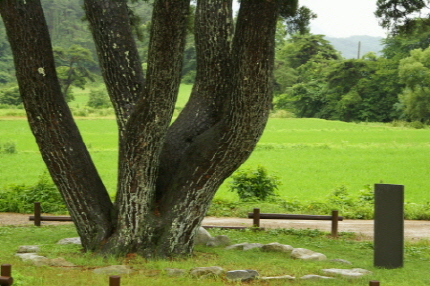 This kind of tradition was practiced all over the peninsula during the Confucian Joseon Dynasty period between 1392 and 1910. Amazingly his sixth descendant Lee Sil d.1841 planted a pine tree here and it grew with six limbs into a huge wondrous creation. These days only five limbs remain. Arriving at the recreation village I was taken to my luxury accommodation, a beautiful new looking timber cabin with high ceiling and full kitchenette. The cabin had a spacious front deck which overlooked the lush wet forest. All around me I was surrounded with the enigmatic sound of water gushing down the mountain via boulder strewn streams. It was a charming and nature-like experience. 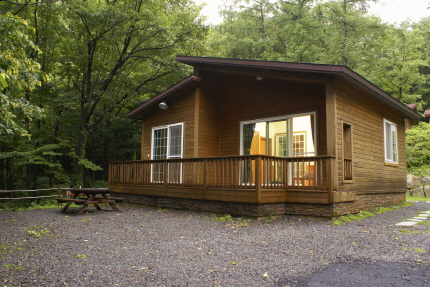 The monsoon rain beckoned exploration, and during occasional breaks in the weather I would take time to witness first-hand the marvelous act of mother nature’s relationship with forest, mountain, and water…the natural sustainers of life on this planet. Mr. Bang and I took to the trail and I fell deeply impressed with the numerous waterfalls that were bulging with pure clean water as it atomized into veils of white spray. The waterfalls amplified the forest with static noise, and occasionally in between the quieter sections, the forest was alive with the song of jubilant bird rejoicing in the tree tops.

As we ascended through the emerald forest flanked by the tumbling mountain stream we came across a small hermitage named Ojeong-am. It was a quaint run-down looking abode with a living area larger than the tiny Beop-dang (Prayer Hall) which contained the effigies of Buddha, and the Korean San-shin (mountain spirit). 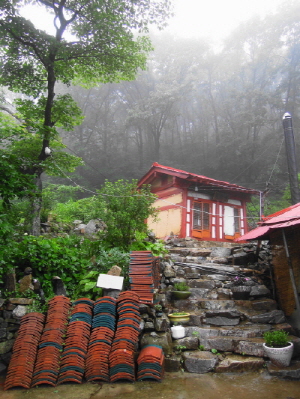 An old lady taking the role of Bosa-lim (temple-worker) greeted us and handed me a 6-inch cigarette and a toxic like bowl of local Dongdong-ju (fermented rice drink) which combined together almost knocked my head off. Mr. Bang didn’t seem to mind the potion and as the two knew each other and they chatted easily with amongst themselves in this unique relationship between forest guardian and spiritual dweller. It was great to see the even-handed existence between a new forest culture and an older mountain culture.
Leaving there we walked further up the sparkling wet mountain where we arrived at a large Jeong-ja (pavilion). Inside the structure were two old ladies camped out in a small tent with a smaller gas cooker and supplies at hand. Mr.Bang explained to me that one of them Mrs. Choi Dae-sun (78yrs) was the semi-permanent resident of the Jeong-ja. She was there because of a shaman site just round the bend that she used as a place of reverence for the animistic spirits of the mountain. We went there to look and saw a cascading waterfall located next to a rocky incline which when it doesn’t have water gushing down it, contains a small cave from which the mountain power is contained Once again Mr.Bang and the old shaman got on well, with Mrs. Choi doing most of the talking. 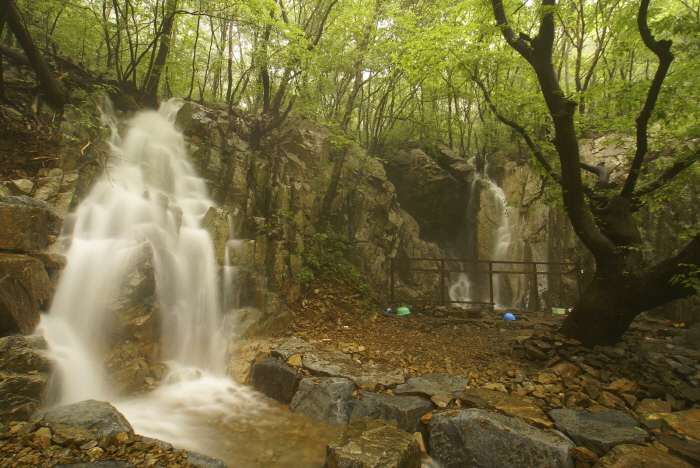 In fact sometimes it looked like she was chiding Mr. Bang in a no nonsense sort of way. Mr. Bang meanwhile would laugh it off shaking his head in disagreement at the same time, which kind of formulated into an agreement, because in the end how can an old shaman lady be wrong, we amused? This in turn would lead her to join in with the jovial laughter. Once again I was getting another unique first-hand experience of the religious harmony that exists in the mountains and forests of Korea. I admired how the new descendant, the Korea Forest Service seemed to be taking measures to protect not only the native forest but also to make efforts to harmonize their relationships with the local people whom lived in and worshipped the mountain-forest. The next day when I left Oseo-san I reflected on how I was able to witness first-hand the excellent work that the Korea Forest Service do not only in preserving and maintaining the forests of the mountain, but also in allowing ancient practices to continue as part of the natural and unique beauty of Korean Mountain Culture.